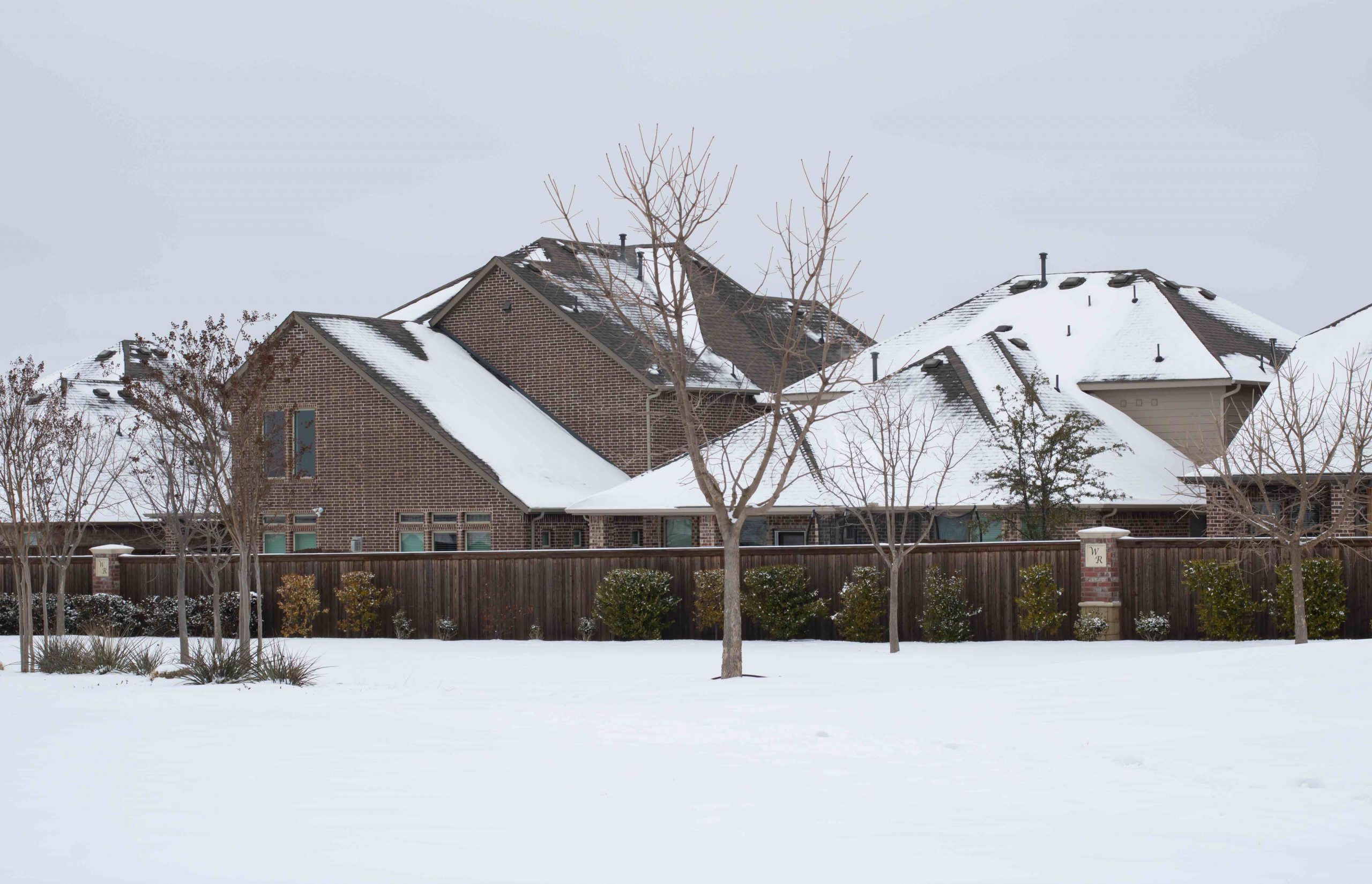 When the snow piled up and the power failed homeowners struggled to stay warm during Winter Storm Uri. (Image: © Fang Zheng | Dreamstime.com)

All backup combustion energy sources have environmental side effects. Which one is least harmful?

Editor’s note: The massive Texas power outages that took place in February 2021 left many people feeling insecure about reliable utility service. This is the third in a series of five articles about the rapidly increasing number of backup power systems being installed in Austin area residences.

Ray DeVreugd, a retired technical trainer for Applied Materials, just completed his generator installation in July. His all-electric home in the Austin suburb of Buda is served by Pedernales Electric Cooperative (PEC). The winter outages manifested themselves differently than in Austin Energy’s service territory. Instead of going days at a time without power, there were rolling brownouts for about a week (usually six hours at a time) followed by several hours of power.

Fortunately, he had a wood fireplace that allowed enough heat to survive. The lowest temperature reached inside his home during the outage was 48 degrees.

He has dealt with shorter outages from PEC before, and does not want to endure this kind of uncertainty any longer. His generator will bolster self-reliance. “For my own comfort,” he said, “I do not want to rely on a system that is near collapse.”

While DeVreugd and many others are rushing to install backup generators, the environmental effects of hundreds, or perhaps eventually thousands, of standby generators in the greater Austin area have not, to my knowledge, ever been considered, and will be addressed in this article.

All combustion engines and motors lose huge amounts of energy to waste-heat losses, which are, to some extent, a proxy for carbon emissions. A natural-gas steam turbine used for summer peak load, for example, is typically about 31 percent efficient, after transmission and distribution (T&D) losses. 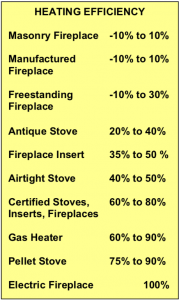 Estimates indicate that during peak demand T&D losses can be much higher.

That said, a residential standby generator operating at full load is generally about 16 to 25 percent efficient. There are no T&D losses for electricity created onsite. Still, centralized power is more efficient than standby units.

However, in the context of emergency alternatives, standby generators often replace the need for portable gasoline and diesel generators, which may run at 15 percent efficiency or less. In the winter, they can replace fireplaces, which are 10 percent efficient or less.

The EPA, in its National Ambient Air Quality Standards, identifies six common air pollutants as “critieria air pollutants” that can harm human health and the environment and cause property damage. Utility scale power plants emit profoundly lower emissions than onsite residential portable gasoline and diesel generators. Emergency generators are only designed to run a few hundred hours a year but collectively these hours may add up to big pollution.

In California, for instance, electric system outages have become commonplace in certain parts of the state because of fire danger caused by electric lines. Since this dilemma will take many years to remedy, about one in eight affected customers in this fire-prone region have portable gasoline and diesel generators.

A draft report by the California Air Resources Board estimated that 125,000 portable gasoline and diesel generators operating only 50 hours during October 2019 created an estimated 166.4 tons of Nitrogen Oxides (poisonous gases) and 19.4 tons of Particulates, microscopic particles of solid or liquid matter suspended in the air that can be inhaled into lungs, causing adverse health effects.

By comparison, according to the Texas Commission on Environmental Quality, 84 tons of Nitrogen Oxides and 45 tons of Particulates were emitted by Austin Energy’s 696 MW Sandhill power plant during the whole of 2019.

However, the standby natural gas and propane generators discussed in this article run on an inherently cleaner fuel, and their emissions are not as high.

One must also consider the other alternatives that natural gas and propane standby generators are replacing in emergencies as well as portable gasoline and diesel generators: smokey residential fireplaces creating indoor and outdoor air quality problems (some with almost no meaningful ability to provide usable heat); and in extreme cases (contrary to all common sense), barbecue pits and unvented propane heaters brought indoors.

Fireplaces may keep you alive when power is out but they are pitiless polluters. (This is pollution created at the point of use.)

Even more troubling is the use of portable generators in developing countries where centralized electric systems are much more likely to operate poorly. A 2019 report by the International Finance Corporation of the World Bank Group estimated that these dirty diesel- and gasoline-powered backup generators (sarcastically referred to as “BUGS”) were probably installed at 20 million or 30 million sites in 167 developing countries. 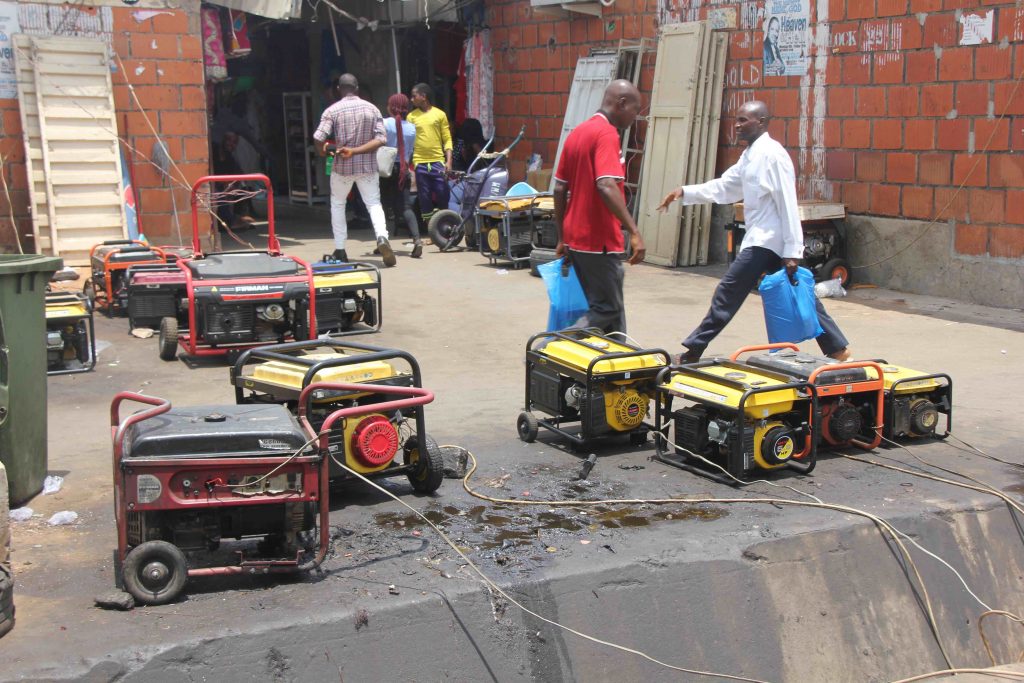 This cluster of small gasoline-powered generators are leaking fuel and lubricating oil into a stormwater trench in Abuja, Nigeria. (Photo courtesy of International Finance Corporation)

The pollution from this fleet of BUGS was equivalent to that of 700 to 1,000 coal plants, with fuel costs in the range of $28 billion to $50 billion per year. The machinery is generally run more often due to broken centralized electric systems for which outages may add up to thousands of hours a year.

In Sub-Saharan Africa, BUGS accounted for most Nitrogen Oxide poisonous gases and PM2.5, fine particulate matter that are inhalable into the lungs and can induce adverse health effects. These emissions are equivalent to 35 percent of the emissions from the entire transportation fleet. Unlike vehicles though, the generators were more likely to be sited close to homes and buildings, thus having a greater adverse effect on people’s health.

A report published by the U.S. Consumer Products Safety Commission in 2020 calculated that between 2009 and 2019, a minimum of 686 deaths were attributable to carbon monoxide (CO) poisoning from combustion-engine generators. Another 40 deaths from CO poisoning were attributed to combustion-engine generators used in association with other combustion-driven products (e.g., portable heaters). This averages 66 deaths per year over this study period. Only six of these deaths from generator-only incidents were from standby generators; the rest resulted from portable equipment.

The Texas Department of Health tallied at least 498 Texas CO-related injuries during mid-February 2021 attributed 60 of them to generators.

Many new portable gasoline and diesel generators are now built with one or two CO safety features.

One standard, ANSI/PGMA G300-2018 Certified Safety & Performance, applies to all portable generators 15 kW or smaller. It requires a CO detector and automatic shutoff feature if the gas exceeds 800 parts per million (ppm) peak or 400 ppm over a 10-minute period.

A second, stricter standard, ANSI/UL2201 Certified for Carbon Monoxide Safety, not only includes a shutoff feature but also lowers emissions from the engines themselves to 400 ppm peak or 150 ppm over a 10-minute period. Some Ryobi and Echo models are built to this stricter benchmark.

While both standards are safer, they are not foolproof, especially if equipment is operated in or near buildings.

Environmental effects, both good and bad, will result from Texas consumers purchasing and using backup generators.

This is the third in a five-part series on how and why Austinites are buying backup power systems. I hope you will be interested in Part 4: Laws and sausage: Did the Legislature fix the Texas electric grid?

Continue to Backup Plan Part 4: Did the Legislature fix the Texas electric grid? ->