The False Promise of Free Weatherization 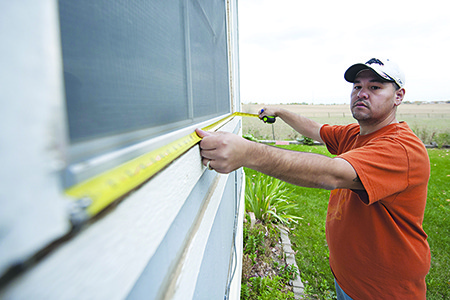 However, free weatherization is not free.   In 2014, Austin Energy collected about $2.6 million for free weatherization.  This was funded with an average surcharge on all residential customers; in 2014, this was about $7 per household.

And what are the poor getting for all this money?  Very little.  A survey of free weatherization participants in 2011 and 2012 showed a 49-year payback for homes that received building-shell retrofits; it was 59 years if free air conditioners were included.1

At first this seems counterintuitive.  Why wouldn’t there be more savings?  Reasons include: 1) lower-income people generally use less energy, so there is not as much energy that can be saved; and 2) many of these homes require repairs before they can be weatherized.  This trend of long paybacks has been observed on a national level as well.

Low-income weatherization is largely viewed as a social program, in contrast to most other utility programs designed to save energy cost effectively while stopping pollution.

Whenever you spend a dollar on energy programs, there are choices about how to achieve the best results.  Let’s look at 3 examples.2

The third example has yet to occur in Austin in a major way.  But it is one of several ideas that could provide more energy savings and bill relief per dollar invested.

One good example of the direct installation approach is Seattle City Light’s Powerful Neighborhood Program.3  The pilot program was run between 2009 and 2011.  It installed 665,000 compact fluorescent lamps and LEDs, as well as 33,000 low-flow showerheads, and 42,000 aerators in 56,000 single-family homes and apartments.  (This was about 15% of the utility’s residential customers.)  The total savings from the program was estimated at 22 million kwh a year, enough to save consumers $2.1 million annually.

The program was targeted to types of customers that had historically low participation rates in the utility’s other efficiency programs, including low-income, seniors, and people who did not speak English.

Since the installers were already in these homes, they used the opportunity to conduct onsite energy assessments.  This generated immediate recommendations used to enlist these customers in the utility’s other energy-saving programs, and provided a database to plan future efforts.

In 2015, 49% of the occupied homes in Travis County were rented.4 Most of these buildings were individually metered, creating a disincentive for the landlord to upgrade them to be energy efficient.  With the exception of small portable items such as efficient light bulbs, tenants will not invest in the upgrade of a building they do not own.

This assumes they can even afford to.  Between 2011 and 2015, the income of a tenant-occupied household in Travis County was about $41,000, less than half of the estimated $90,000 of owner-occupied households.5

Austin had one of the first energy conservation programs in the country to assist tenants in multifamily buildings.  Since 1990, tens of thousands of units have been assisted by this program.  However, Austin’s conservation programs have not been able to affect many single-family rental houses and duplexes.  And in recent years, Austin’s programs have also failed to affect a change in heating and air conditioning units in apartments.

The savings from reaching this market are profound.

• Air-source heat pumps can save as much as 58%.  (10-20% of apartments can be retrofitted with heat pumps using conventional technology.)7

• If efficiency and one-bedroom apartments opt for mini-split systems instead of central ducted units, the savings would be as much as 79-82% on air conditioning and as much as 77% compared to all-electric heating.8

• LEDs can save as much as 85% compared with incandescent bulbs.

The failure to reach these low-participating sectors and end uses indicate that new approaches are needed.  They involve education, outreach and targeted marketing, and most importantly, creative financing.   Financing in particular is key to defraying the sting of first costs.  A package that includes rebates, financing, and possible tax write-downs would help influence landlords.

The Bank of No Return

If the only thing Austin can do for low- and moderate-income consumers is throw money at problems to make ourselves feel less guilty, we will not be helping them much.  We need to think strategically and choose carefully because there will never be enough money to provide all the assistance needed.  The single-minded approach of low-income weatherization needs to be diversified to include other strategies that can save more energy and money.

A rich person will not invest in the Bank of No Return.  Why should we treat the poor any differently?

Facts on Low-Income Energy Use in Austin

• In 2016, a venerable energy research organization, the American Council for an Energy Efficient Economy, released a study of “energy burdens” in metropolitan areas of the U.S.9 This showed the percentage income spent on energy costs for households at 80% or below of Average Median Income. The study revealed that households in the bottom 40% of income in the Austin metropolitan area spent 5.5% of their income on electricity and gas, compared to 2.7% for the average of all the region’s households.

However, of 48 metropolitan areas in the study, Austin ranked as relatively affordable, with the 9th lowest energy burden for lower income households.  Of the 5 metro areas in Texas analyzed, Austin ranked the lowest.

• Austin has a Community Benefit Charge line item on the utility bill which funds energy efficiency, solar energy, $10 million in bill discounts for the low-income residents, and street lighting.  In 2014, residential customers in the bottom half of income paid about $10 million for this Charge.  They received $17.3 million in benefits.10  This estimated 70% surplus was paid for by commercial customers and households in the upper half of income.

•  In 2014, Austin Energy exceeded all major utilities in Texas ERCOT electric system in money collected per customer given to customers in the bottom half of income for energy assistance and conservation.11  It achieved this while attaining the largest percentage of energy savings per customer. In 2016, funding for bill discounts in the deregulated areas of ERCOT ceased, and the amount spent per customer on low-income programs in these utilities plummeted.

• In addition to bill subsidies and weatherization, Austin’s utility has a rebate program for multifamily complexes, where many low- and moderate-income customers reside.  Since 1990, the program has easily helped tens-of-thousands of tenants in the lower half of income.

7 Assumes base level HSPF of 3.4 for electric resistance furnace for small central systems compared to 8.5 for most efficient heat pumps.

Cost Per Customer X Number of Customers for each Deregulated utility