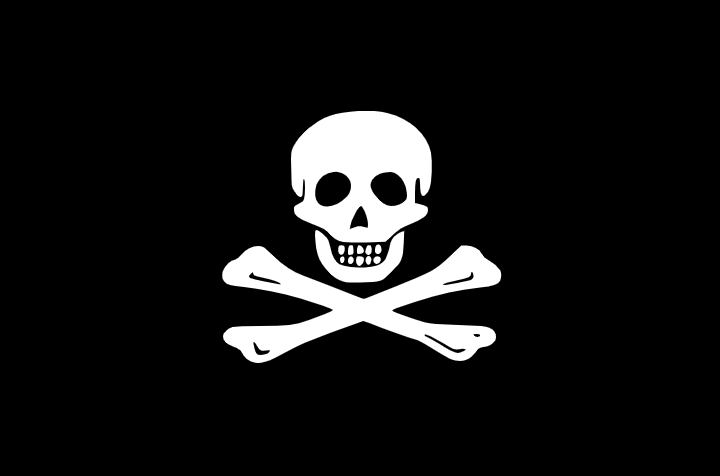 Energy Costs Could Be Worse, and in Europe, They Are

This is the fourth article in a series detailing energy utility bill increases that affect everything from household budgets to the world economy.

Western Europe represents about 21% of the world’s economy as measured by Gross Domestic Product.  The region’s economy still has not recovered from the pandemic, and now it is plagued with the “gastastrophe.”

Russia began strangling its natural gas pipeline exports to Western European countries in late March of 2022, and these countries began a feverish race to secure critical alternative supplies before the next winter.  By the end of September, Russian imports to other European counties had fallen 87%.

European governments, desperate to get enough Liquefied Natural Gas (LNG) and other imports into underground storage before the fall, had achieved astounding success in marshalling emergency supplies at short notice.  But it was done at considerable cost. 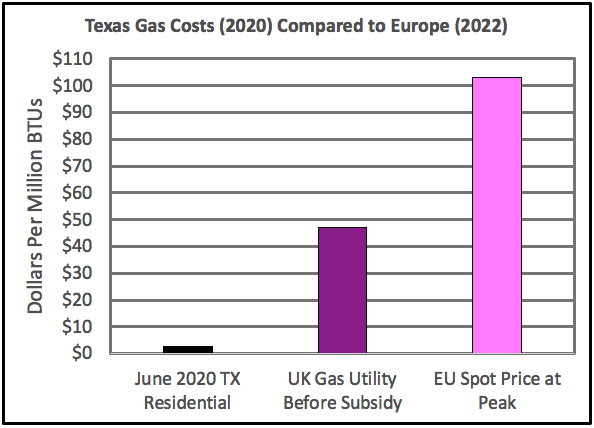 Gas also affects electrical costs, as 20% of Europe’s supply is fueled by gas generation.  Complicating this already desperate situation is the perfect storm of problems with other generation sources.  A heat wave drove up European summer demand, while the associated drought has reduced hydroelectric generation.  And renewable energy output was lower because of less wind. 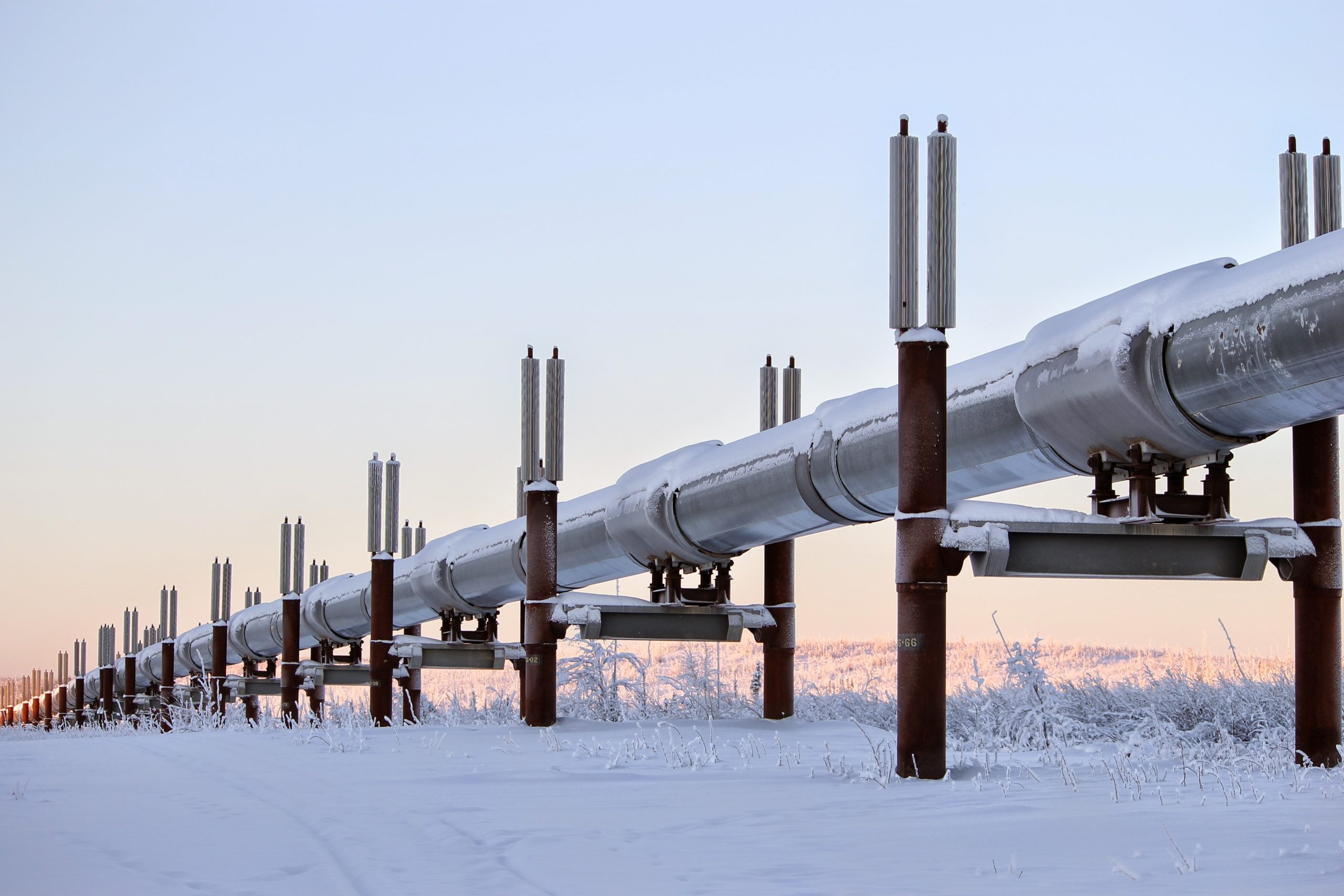 However impressive the acquisition of this lifeline fuel for the winter, someone has to pay for it.  Many customers cannot afford this extreme cost, and Western European nations have budgeted huge subsidies to cushion prices.

Between September 2021 and September 2022, Western European nations have spent or have committed to spending $517 billion to cushion high prices for natural gas, electricity, and oil.

Bill subsidies in the United Kingdom serve as an example of how the gas-strapped nations are trying to keep cash-strapped utility customers from freezing in the dark.

A package of about $206 billion has been arranged for residential and small businesses.  It will be debt financed, and it is quite possible that taxpayers could be paying off the fuel discounts for decades in the form of higher taxes.  This debt could also exacerbate European inflation, which is the highest it has been in decades.  Such massive subsides are not sustainable in the long term.

But if the subsidy was not enacted, according to a consumer advocacy group, 42% of UK households would be unable to heat their home this winter.

The UK government had a mandated, not-to-exceed “Price Guarantee” of no more than $1,348 between October 2020 and March of 2021 for an average single-family home with electricity and gas heating using automatic payments at average levels of consumption.

As benchmarks for comparisons, in the summer of 2022, UK had an unsubsidized winter gas cost of $47 per million BTUS, compared to Texas Residential costs this summer of about $10.  And the Kingdom had an electricity cost of 38¢ per kwh, compared to Austin Energy at ­9¢ in October 2022 (though as this series describes, Austin’s costs will increase).

So even with the subsidies, UK utility costs would be almost twice as much as they were at the beginning of 2021; without subsidies, over three times as high.  At least one source has estimated the unsubsidized cost to be five to six times as high. 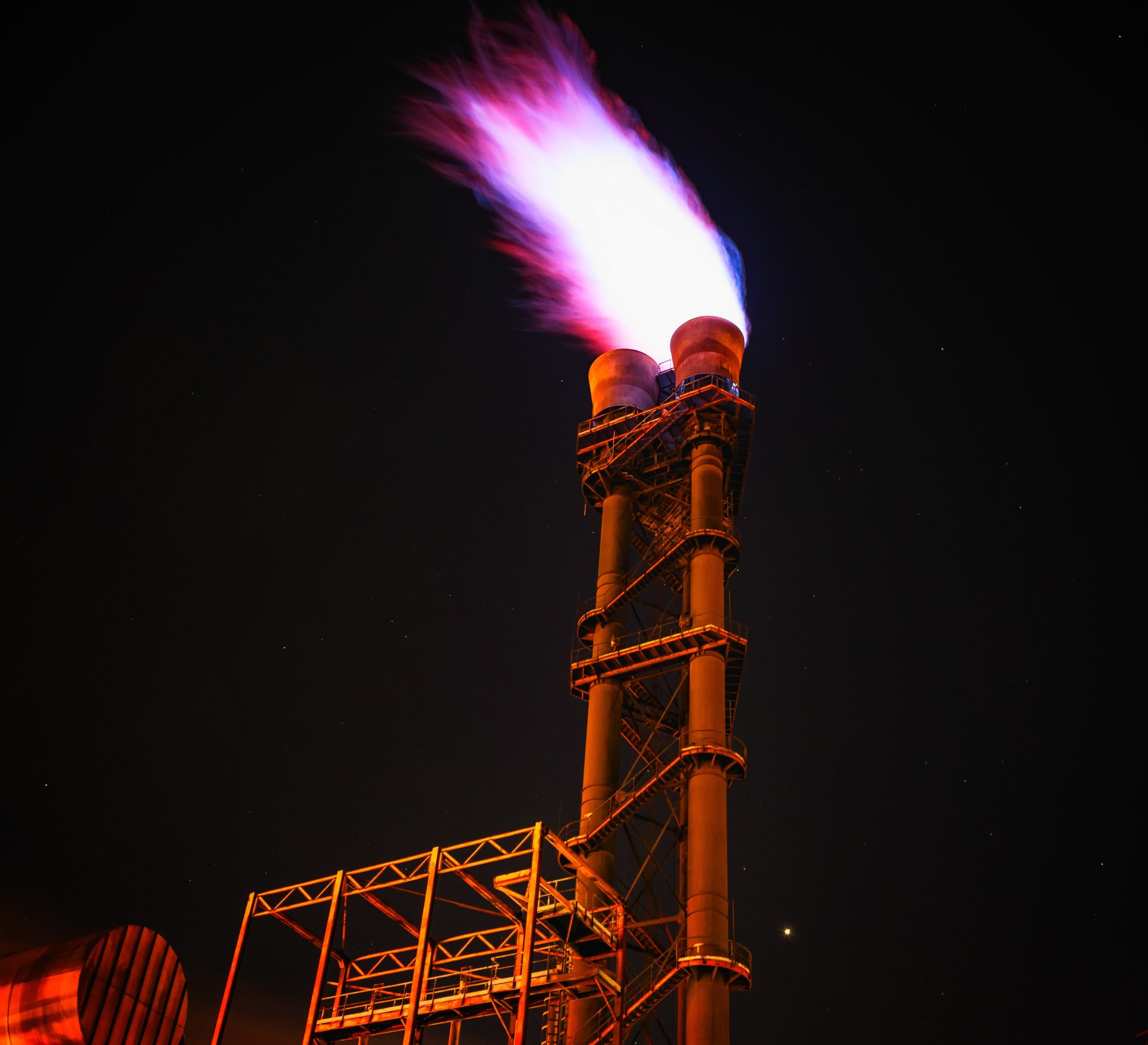 To add to the distress, energy-intensive industries such as fertilizers, chemicals, metals, cement, paper, and glassware are curtailing or ceasing production because they cannot compete with factories in regions of the world with lower gas costs.  In these cases, less disposable income may be layered on top of lowered income from work furloughs, and in some cases, unemployment.

One of the hardest hit industries is ammonia-based fertilizer production.  Since as much as 80% of the variable cost is related to natural gas prices, as of late August 2022, 70% of the continent’s production capacity had been idled.  European farmers have had to purchase these supplies from other regions.  In the year between September 30, 2021 and September 29, 2022, European prices for urea ammonium were 71% more, driving already high food costs still higher.

In September, the German Chemical Industry Association (VCI) projected an 8.5% year on year decline in chemical production in 2022.  This was in main due to rising energy costs and supply-chain problems.  Shortages in European material demand are being filled by imports from countries with lower energy costs.

The country’s chemical industry (including pharmaceuticals) is one of the pillars of Germany’s industrial economy.  It employs almost half a million people.  There are worries that if the industry has major contractions, they may be permanent. 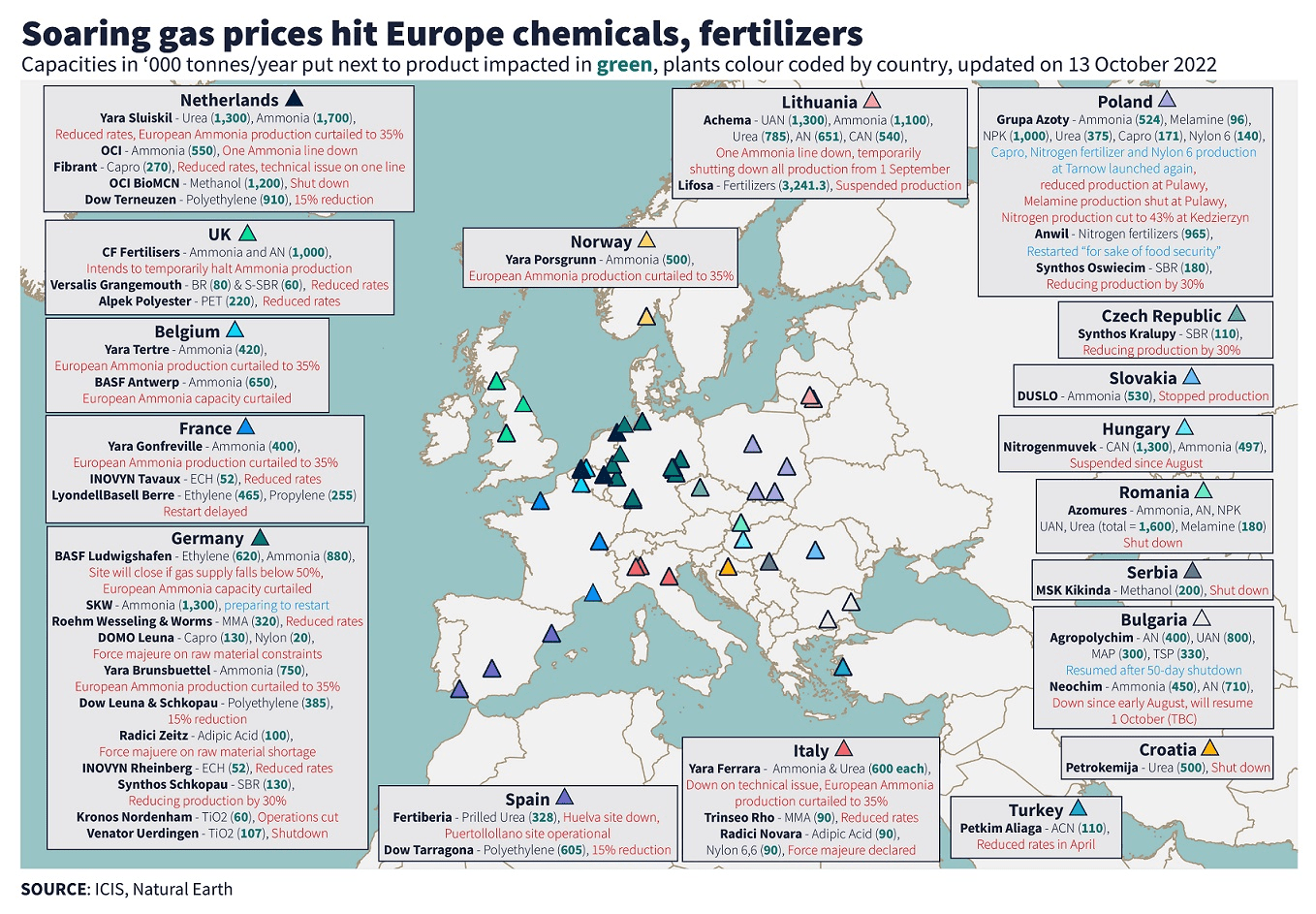 In September, Eurometaux, an EU non-ferrous metals trade group, stated that 50% of aluminum and zinc production was already offline due to high power costs partially driven by gas prices.

By the summer of 2022, European aluminum production was at its lowest level since the 1970s.  Currently, all shutdowns and curtailments directly correlate to energy prices, as it requires the extremely high energy consumption to process –  about 40% more energy than copper. 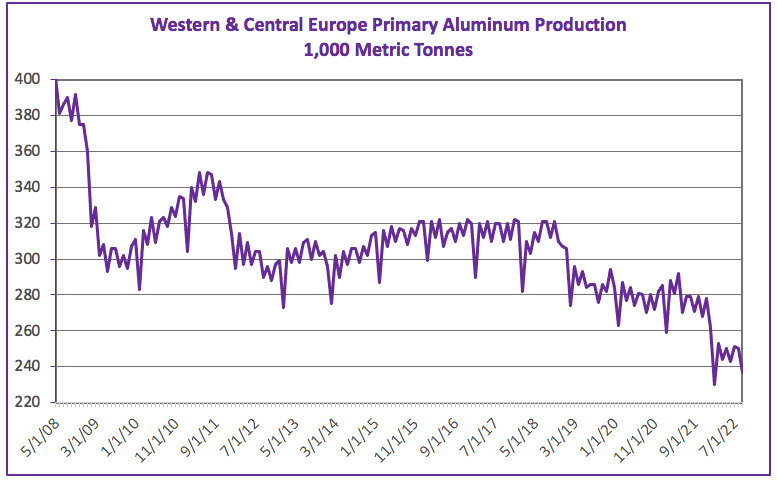 European paper output has also been distressed, with production of newsprint down 11% and magazine paper down 27.5% when comparing July 2021 to July 2022.

In March 2022, the Italian paper and packaging manufacturer Pro-Gest suspended operations at six recycled-paper mills that supply one-third of the country’s packaging.

In late August 2022, Lessebo Paper in Sweden, a manufacturer of premium graphic stock, announced it would curtail production due to high electricity prices, and would make daily decisions on plant operations contingent on the price of electricity.

Also during the summer, paper company Metsä Tissue curtailed production at its two plants in Slovakia and Germany for several days due to energy prices.  The manufacturer warned that continued curtailment could cause both shortages of kitchen and bathroom paper, as well as increased costs.

In Austria, there is an added concern because some paper companies provide waste heat from their manufacturing as district heating to 100,000 households.  So if factories are idled, not only is the supply of sanitary, medicinal, and food-packing paper endangered, but domestic winter heating as well.

Scarcity Pricing of LNG in Europe
Profiteering for a Better World 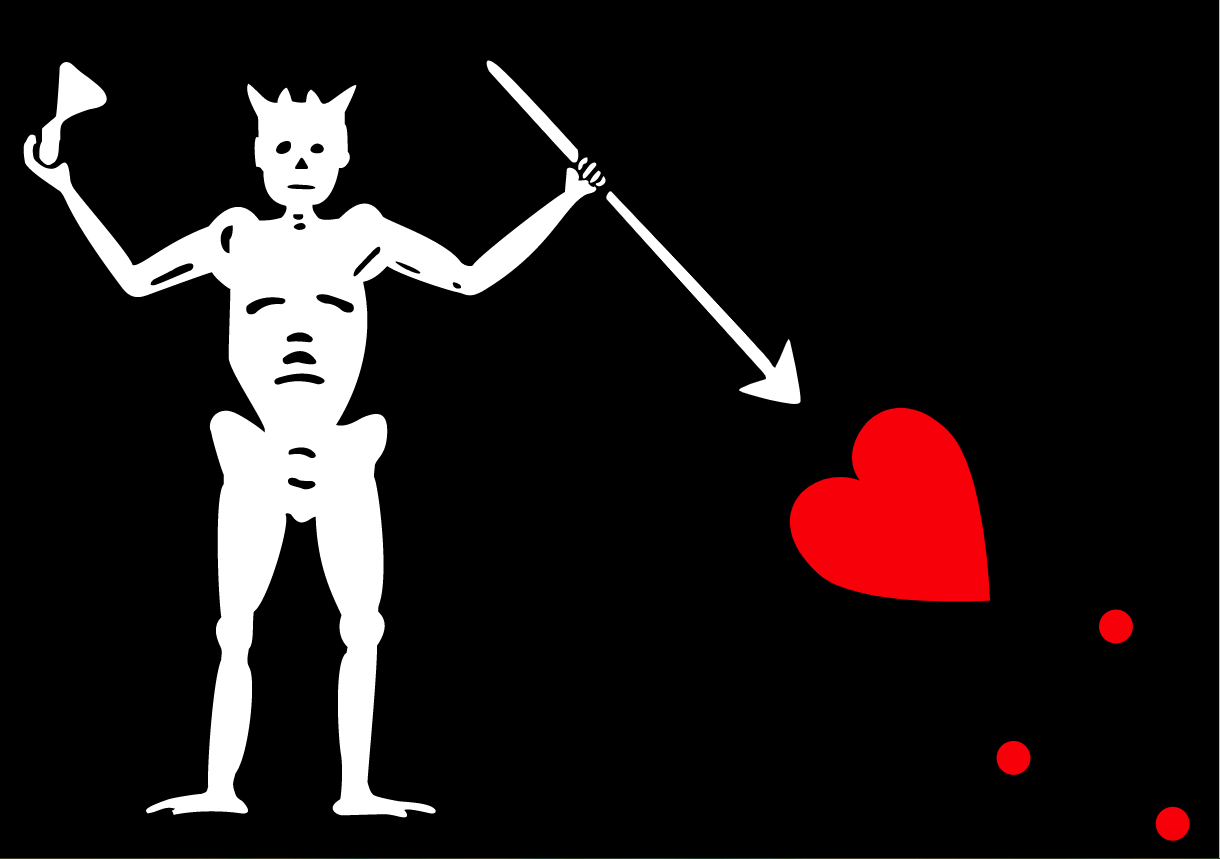 If Edward Teach (aka Blackbeard) were alive today, he would quickly determine that he had the wrong business model.  The shipping of natural gas exports is much more lucrative, much less dangerous, and strictly legal.

LNG advocates will be quick to defend the shipments by (accurately) stating that the fuel will keep many European families from freezing this winter due to the cut-off of Russian gas supplies.  The boosters will not usually be as quick to boast of windfall export profits in the same breath (unless they are lucky enough to be an LNG export company shareholder).  Nor will they generally boast to American families that their domestic fuel cost is triple what it was only two years ago because of these exports.

In July of 2020, the weighted average cost of LNG shipped from U.S. export terminals was $5.39 per million BTUs.  This included the cost of the fuel and pipeline transport to the liquefaction trains, as well as the processing itself in very expensive and energy-intensive machinery.  In July 2022, competition for gas due to Europe’s desperation drove these LNG export prices to $12.29.

Add in the cost to charter some of the longest ships in the world, and the price may rise another $1.

So why are these delivered cargoes sometimes going for $50 and even $100 in Rotterdam?  Arbitrage trading at scarcity prices.

A few of these cargoes were owned by the Chinese government.  For part of 2022, its normal supply of LNG was being temporarily provided by Russia at a war-time discount.  (Russian LNG, as well as pipeline gas, is generally boycotted in Europe due to the war.)  So China could sell the other LNG cargoes that it owned under contract to the highest bidder, which was a desperate Western Europe.  Europe was essentially buying Russian LNG without the label.

But much larger LNG volumes are controlled by some of the larger world oil companies: BP, Shell, and TotalEnergies, as well as major trading houses Glencore, Gunvor, Trafigura, and Vitol.  Since these cargoes are much more expensive than only two years ago, they require access to vastly larger amounts of capital than smaller traders typically have. 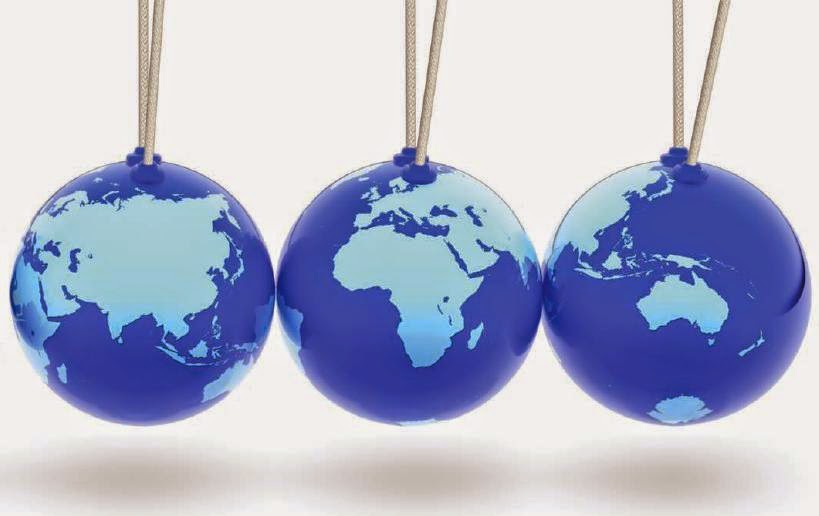 The largest implication for the U.S. of Europe’s predicament is how it will impact the American economy.  With a world racing towards recession, rerouting this much disposable income and causing this much unemployment, on top of displacement already triggered by the pandemic recovery, are bedrock concerns.

The U.S. is the largest LNG exporter in the world, and more exports will marginally help America’s employment and balance of trade.  But most of the money spent on the extortion of Europe by LNG traders this winter is not going to Texas and other gas-producing U.S. states.  It is going to arbitrage traders. 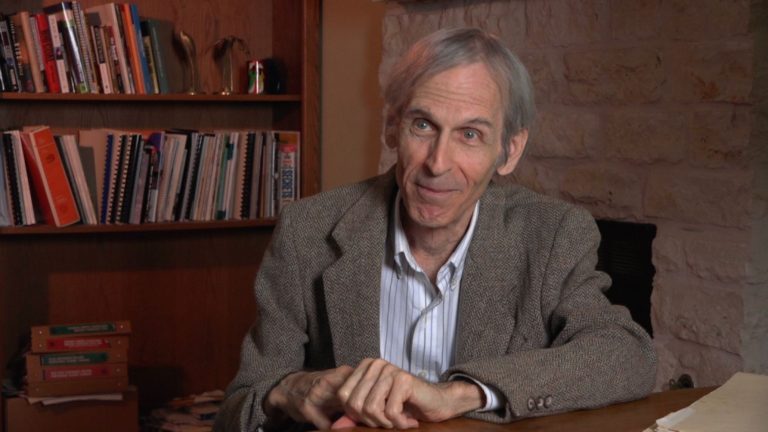 This is the fourth article in a series on how utility bills are dramatically rising locally, nationally, and around the world.

Continue to Part 5: We Could Have Done Something ->