Infants are much more sensitive to toxins in their food and environment than adults.  To quote the environmental group Pesticide Action Network: The…enzyme that renders organophosphate pesticides less harmful is not produced at adult levels until the age of 7.  Gastrointestinal absorption is greater before the age of 2 because less gastric acid is created, making young children more vulnerable to alkaline pesticides.  The blood-brain barrier that provides the nervous system more protection from toxins is not fully developed.  The liver and kidneys are not fully developed, so small children are less capable of excreting poisons.

Despite this, parents often unknowingly purchase baby food tainted with toxins.  This gives the word “adulterant” a whole new meaning.  Here’s an overview of unlabeled contaminants that you should be aware of.

Pesticides: Similar to conventional produce, traces of agricultural pesticides appear in processed baby food.  This is made worse when considering that many hazardous ingredients in pesticides (often labeled “inert”) are not measured.  It also does not consider multiple residues acting together.  In pears processed into baby food, for example, 94% of samples were positive for at least one pesticide, but as many as 10 pesticides were measured in some samples.1

Ironically, while organic baby food has been shown to have reduced or negligible measurements of pesticides and is not produced with antibiotics or genetically engineered seeds or food, many organic products still have measurable levels of heavy metals.  Depending on the product, they may also contain BPA and acrylamide.2

BPA: Bisphenol A, discussed previously because it is contained in grocery store receipts, container linings, and some cookware, is an endocrine disruptor, developmental toxin, and reproductive toxin.  It is sometimes used in baby food storage containers, and is as likely to leach into baby food as any other food it comes in contact with.

In 2013, the U.S. Food & Drug Administration required that BPA be removed from baby bottles and sippy cups.  This was done at the suggestion of the American Chemistry Council in response to a potential public outcry.

However, in a 2018 study that tested 15 polycarbonate baby bottles marked BPA free, safe, or clear, all of them measured residual or migrating BPA.3  Though none of the samples exceeded the safety limit, BPA in the various samples would supply between 1 and 24% of the limit.  Of concern was that combined with other BPA sources, the chemical could exceed the safety threshold and cause harm.

Alternatives to clear polycarbonate plastic bottles are on the market. They include opaque polyethylene and polypropylene plastic, glass, stainless steel, and even (expensive) aluminum.  The worry about dropping glass containers is more bearable with silicone sleeves to buffer impacts.

Heavy Metals: In 2018, Consumer Reports tested 50 different brands of baby food.  The survey found 68% of them tested positive for at least one heavy metal, and that 30% of them found the levels so potent that there would be potential risk to a child who regularly ate one serving or less per day.4  Interestingly, organic baby foods were just as likely as conventional ones to contain these toxins.

Heavy metals include arsenic, cadmium, lead, and mercury, each with its own hazards.  All of them are Persistent Bioaccumulative Toxins that can build up in the body over time.  All are carcinogenic, developmental and reproductive toxins, endocrine disruptors, and in sufficient doses, organ toxicants.  Arsenic and lead are neurotoxic, and arsenic, cadmium, and lead cause gene mutations.

There are several possible reasons for heavy metal contamination.  One is that heavy metals were used in pesticides employed in food production, including lead arsenate and copper arsenate, as early as the middle of the 19th century.   U.S. use of lead arsenate peaked in 1944 at 86.4 million pounds.5  Though it waned to less than 5% of this by 1973, it was not actually banned by law until 1988.6  Since heavy metals do not biodegrade, it is plausible that these legacy pesticide residues still haunt older farmland today.

Another possible source is poultry litter used as a fertilizer.  Arsenic was used in raising chickens for over 70 years until it was banned in the U.S. in 2013.7  Other sources of these metals include industrial and mining pollution, and land exposed to leaded gasoline before it was banned.  Heavy metals also occur naturally in the earth.  Though these often occur at low levels, certain foods are more sensitive than others.  For instance, arsenic is more likely to be absorbed in rice compared to other grains.

Acrylamide: Baby products can also be laced with acrylamide, a toxic chemical used in industry, but also created by heating starchy foods at temperatures typical in cooking. It is a carcinogen that causes gene mutation, as well as a developmental and reproductive toxin.  French fries and potato chips, grain-foods (breakfast cereals, cookies, and toast), and coffee typically have high levels of this chemical.  Since many baby foods are heated during processing, they also contain acrylamide.

Infant Formula Additives: Breastfeeding is positively associated with the reduction in numerous diseases and conditions such as leukemia, gastroenteritis, asthma, and obesity.  Despite overwhelming evidence of its medical benefits, a notable percentage of mothers still feed formula to their babies as a main course or as a supplement.

In 2015, 17% of babies in the U.S. were never fed breast milk.  And even though the U.S. Centers for Disease Control recommends exclusive breastfeeding until infants are 6 months old, by this age, about 34% of babies had received formula as some percentage of their diet.8   About 3/4 of the $7-billion baby food market in 2018 was spent on infant formula.9  So toxins and adulterants in infant formula are highly relevant to a significant percentage of newborns.

Formulas and baby food are often contaminated with heavy metals, as well as BPA from plastic lining in containers. They also often have the controversial additives docosahexaenoic acid (DHA) and arachidonic acid (ARA).

These fatty acids are important to the human brain and eye, and present in human breast milk.  Since 2002, DHA and ARA have been synthesized from algae and fungi as additives to infant formula.  In addition, dairy companies in general claim that DHA/ARA enhance nutritional qualities.  There are at least three good reasons for concern.10

• First, while the nutrients themselves are essential, it is not at all clear that the artificial additives are effective at enabling better eyesight and cognitive development.  There have been various academic studies on how these additives affect children, and they have conflicting results.  Conversely, there have been numerous anecdotal reports of infants with digestive problems presumably caused by formula with these additives.

• Second, the supplements are manufactured with the neurotoxic (and in sufficient concentrations, explosive) solvent hexane, a byproduct of gasoline refining.  Hexane residues have been measured at 0.2% in the final DHA/ARA supplement.11  No consumer regulations limit hexane-derived and -processed additives in food in the U.S.

While this author does not know of any studies that have assessed possible dangers of hexane in food, the chemical is regulated for exposure to industrial workers.  Thus exposing children with small body weights and more sensitive metabolism is more than a casual consideration.

• Third, DHA/ARA additives are part of a marketing push by the formula industry to show it has similar qualities to breast milk. To the extent that this marketing discourages or reduces breastfeeding when it is still possible, infant formula (of any kind) provides inferior nutrition.

3 Jaghbir, Ali, et al. “Testing baby bottles for the presence of residual and migrated bisphenol A,” Environmental Monitoring and Assessment, W, 191, No. 1, Dec 7, 2018.

4 Hirsch, Jesse , “Heavy Metals in Baby Food: What You Need to Know,” 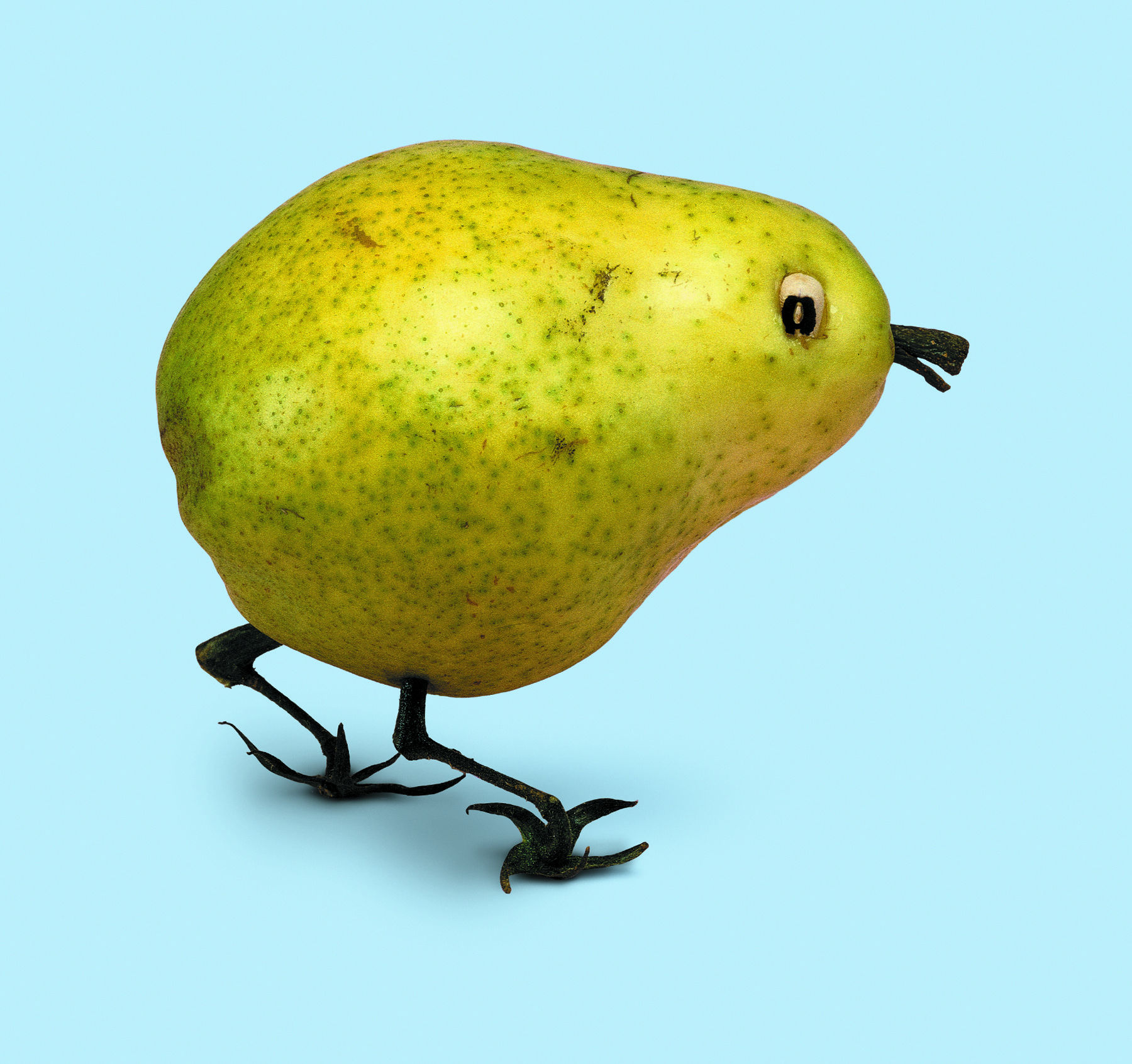 Database of over 80,000 food products rated on a scale of 1 to 10 for nutrition, additives and contaminants such as pesticides, preservatives, antibiotics, and processing.  Products include animal, plant, and baby food.