In 2016, Austin Energy Green Building (AEGB) celebrated25 years of promoting the benefits of sustainability through public education, professional development, building ratings and code advancements.  Known as the first rating system in the U.S. for evaluating the sustainability of buildings, AEGB created a model for many other cities as well as direction for the U.S. Green Building Council’s LEED® certification system.

AEGB created the rating system in 1991 to encourage energy efficiency, water efficiency, waste reduction and resource recovery.  Over the years, other sustainability measures have been added.  The rating system received  recognition from the United Nations in 1992 and 2011. Rated buildings now include over 13,000 single family homes, 25,000 multifamily units, and over 20 million square feet of commercial space.

AEGB also guides development of the Austin Energy Code, considered to be one of the most progressive energy building codes in the country.  By 2016, AEGB had revised local residential building standards to save over 25% of the energy used in a typical home built in 2007.  AEGB also helped develop Austin’s Community Climate Plan Resolution to achieve net-zero greenhouse gas emissions community-wide by 2050.

The Austin-area population has doubled since AEGB rated its first home, and is predicted to double again by 2030.  Resource management is necessary to share the benefits of a growing economy while preserving the natural resources and cultural diversity that make Austin a place people love to live, work and play.  At AEGB, resource savings are measured in terms of energy, peak electrical demand, water, and construction waste diverted from the landfill. 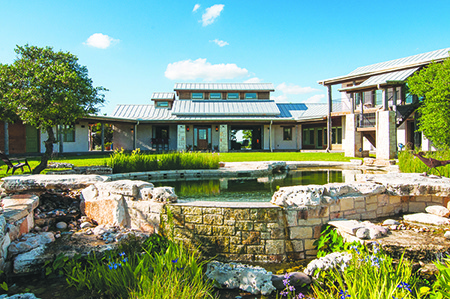 In this Edition of the Directory

• Austin Energy is one of the leading utilities in the U.S. that actively promotes green and energy-efficient apartment buildings.  A list of 130 complexes (as of December 2016) is provided for apartment searches.

• AEGB is helping bring Net Zero Energy Homes, which generate all of their own electricity annually, to reality. An article in this edition updates the progress.

• Many green products on the market today sound too good to be true. The “Mythbusters” article on real-world product performance from the 2013 Directory was extremely popular, so more products are featured in this edition.

• Non-profit organizations have embraced green building because it helps people they serve save on utility bills as well as provides a community model for sustainability. In “Green for Good,” local success stories are highlighted.

• Every year, AEGB and the Texas Solar Energy Society conduct the Cool House Tour. In this section, a range of sustainable home types over the past 20 years is featured.

• Austin Energy is a leader in the promotion of electric vehicles and coordinates the City’s electric vehicle rebate and charging station programs.  An article in this edition updates its progress.