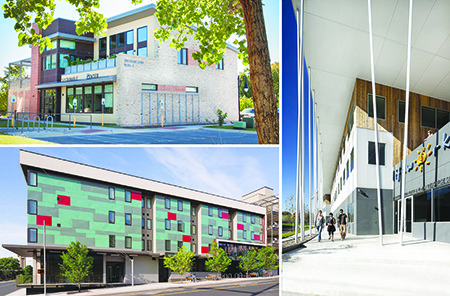 For nonprofit organizations, the benefits of building green can really add up

They came out in droves armed with hammers and wire brushes to scrape mortar off 20,000 reclaimed bricks—volunteers, more than 600 in all, investing sweat equity in the new building.  After nearly 40 years in borrowed or rented space, Sustainable Food Center (SFC), a local food-focused nonprofit organization, was building its first permanent home on a donated plot in East Austin.  Money was tight.  Another charitable organization in the same position might have focused on cost-cutting measures at every turn.

“For us there was no question, the cost of being green had to be factored in,” says SFC Executive Director Ronda Rutledge.  “We’re Sustainable Food Center, so our building has to reflect our environmental values.”  After more than two years in the sunny new facility, Rutledge says the benefits of building green far outweigh the costs.

Electricity generated by the center’s 200 kW solar array offsets the cost of the energy Lifeworks consumes. “Over the 25-year lifespan of the solar panels, we stand to earn close to $400,000 for electricity generated. That’s $400,000 we can spend helping needy families,” Weynand says.

It is no coincidence that during the fall of 2015, 100% of the active nonprofit projects on AEGB’s commercial ratings docket voluntarily chose to build green.  Green building is especially attractive to nonprofits, both those building their own facilities and those whose mission is providing affordable housing for low-income residents.  Here are some of the incentives and benefits.

You don’t have to dig very deep to find even more direct connections between sustainable building and almost any nonprofit mission, be it education, poverty, hunger or the arts.  Sustainable Food Center’s Ronda Rutledge remains acutely aware of how climate change impacts local farmers.  When planning its new building, she says, “we felt it was really important to limit our carbon footprint as much as possible.”  Among other things, the SFC design team worked hard to source sustainable building materials, focusing on materials that are Texas-made, have high recycled content, or are salvaged.  As a result, the group’s building is an educational asset in itself, and expands SFC’s mission.

Funded largely by local philanthropist Dick Rathgeber and completed in 2010, the Austin Children’s Shelter campus helps protect the environment, as well as the children the nonprofit serves.  “Social equity—in our case making sure everybody can live in the healthiest environment possible—is incredibly important,” says the organization’s Chief Operating Officer Maren Strachan.  She describes the eight-building campus, which earned a 3-Star rating, as bright and integrated with nature. “Our buildings show the children we value and care about them.”

Casa Verde Builders, a green jobs training program for youth ages 18 to 24, makes sustainable practices a core part of its mission for many reasons, including the health of its trainees.  Standard paints, finishes, adhesives and composite wood binders can be toxic.  Selecting safer alternatives helps protect the young participants and the environment.

“We’re helping young people, especially those with low incomes, connect to a brighter future,” says Casa Verde’s YouthBuild Program Director David Clauss.  “Caring for their health and the health of the environment is part of that brighter future.”

Great, but how do we afford it? That’s often the first question on the minds of nonprofit leaders, who typically rely on donations and grants rather than a steady stream of business revenue.  Though not always the case, green building tends to cost more up front.  But certain green-building practices, such as investing in tighter building envelopes, high-efficiency heating and air-conditioning systems, and solar panels, eventually pay for themselves through reduced utility bills and maintenance costs.  Higher up-front costs might not appeal to developers hoping to turn a quick profit, but nonprofits, such as Lifeworks, are the ideal candidates for  lifecycle benefits.  “We have roots that go back to 1911,” Weynand says. “We plan to be here forever.”

When the mission is affordable housing, the economics of green building make even more sense.  The Guadalupe Neighborhood Development Corporation (GNDC), which builds single and multifamily units for low-income residents, passes on lower monthly costs to its renters and buyers.  Executive Director Mark Rogers cites a recent example, an East Austin home with improved insulation, low-E windows and rooftop solar panels. The family that bought the house previously paid about $300 per month in utility bills. “I still remember the grin on the homeowner’s face when he came to the office and told me his total utility bill was $85,” Rogers says.

Foundation Communities, an affordable housing and services organization, takes an even broader view of green-building economics, one that factors in ancillary costs for its residents—not only utility bills, but also transportation and healthcare.  The group’s 4-Star Capital Studios project, the first new affordable housing development in downtown Austin in 45 years, is a model of energy efficiency.  The building envelope features an insulation value of R-20 to R-23.  In addition, an efficient variable refrigerant-flow cooling system replaces 135-plus rooftop condenser units with 3 units.

In an effort to promote health and well-being among Capital Studios residents, the design team incorporated natural light and a communal courtyard.  “We design spaces that encourage people to get outside,” the group’s Design + Development Director, Sunshine Mathon, says.  The idea is to reduce doctors’ bills and the amount of time people spend in emergency rooms.  By locating the apartment building within a walkable community in close proximity to public transportation, they offer residents an alternative to owning a car, which can cost over $9,000 a year.

In addition to paying for itself over time, building green often eases the burden of raising money for development projects, especially in Austin, with its abundance of progressive, environmentally-aware citizens.  Sustainable development is now a mainstream concept.  For some charitable foundations, it’s a requirement.  The community goodwill generated by green building is a big incentive for corporate funders, who find value in associating their names with sustainable projects.

“In our experience, a lot of funders associate green building with quality, and it’s easier to raise money for quality development,” Foundation’s Mathon says.

Lifeworks’ Mitch Weynand concurs: “Our fiscal aptitude and commitment to green building demonstrates to our funding groups that we take this very seriously—both the stewardship of the environment and the stewardship of our financial resources.”

Weynand’s advice for other nonprofit organizations weighing the pros and cons of green building? “If you can figure out a strategy to fund the upfront costs or the cost of financing the investment, you can achieve a payback through Austin Energy Rebates and low electricity costs over time.  Then, the savings due to the significantly reduced operating costs  can be passed on to clients and their services.”

He adds, “We wanted a great place for our employees and clients.  We wanted an efficient building with low operational costs.  And we wanted to be good stewards of the environment.”  Building green helps them achieve their goals and fulfill their mission. 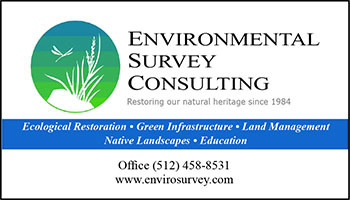 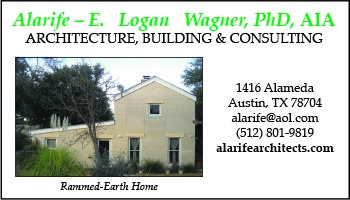 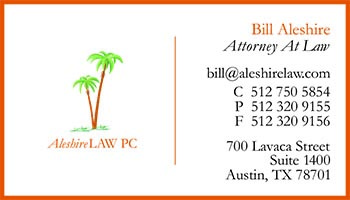