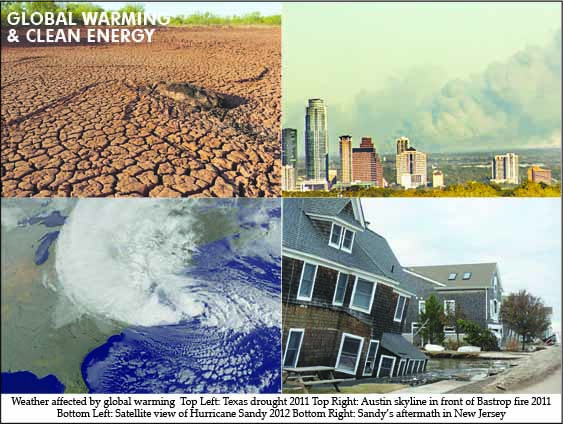 Prometheus: I stopped mortals from foreseeing doom. Chorus: What cure did you discover for that sickness? Prometheus: I sowed in them blind hopes.

Your best liars are your most honest people. They believe the lie they’re telling.

In the last few years, a new term has been added to the world’s political lexicon: Carbon Hawks (a.k.a. Climate Hawks).  Not unlike hawks vs. doves in issues of war and government budget deficits, the Carbon Hawks take an aggressive stance against extracting and burning more fossil fuels that add carbon dioxide and other global warming gases into the biosphere.

Once considered a worrisome threat at some unspecified point in the future, global warming caused by the cumulative effects of two centuries of ever-increasing fossil fuel use is causing tangible harm in a number of ways:

• reductions of wildlife population on a global scale, which may result in high levels of species’ extinction;

• thawing permafrost in the arctic, which releases even more carbon, which accelerates even more global warming.

The Carbon Hawks are frightened by these blatant signs of collapse of the Earth’s ecosystems, and these systems’ imperiled ability to continue to sustain life and human civilization.  The Hawks demand swift and dramatic action.  There are easily several million of them in the U.S. alone, who agree that the response must be an urgent ramp-down and termination of fossil fuel use in the shortest time possible.

The word “possible” is the operable and guiding word here.  However correct the Hawks are on the urgency of carbon phase-out, many have no technical or policy background in energy issues.  This lack of understanding clouds the reality of what is possible with carbon reductions given current technology and the societal barriers we live with.  Too many Hawks have lied to themselves that the answers to climate change are quick and simple.

In a similar vein, many people employed in the fossil fuel and electric utility industries, and skeptics of ecology in general, refuse to acknowledge the imminent threat of global warming.  Professionals in the utility industry harshly criticize Carbon Hawks for not considering:

• most solar and wind power on the electric grid today is not dispatchable (controllable on demand) and cannot generally be used in large percentages without energy storage or without balancing fossil fuel use;

• it can take decades for a new clean-energy technology to reach the market;

• it can also take decades for a new technology to saturate the market once it gets there;

• tenants who do not own the building they live and work in are not apt to make large expenditures to retrofit it with energy efficient equipment or solar cells;

• even owners of buildings may not care enough about energy costs or the environment to make long-term clean-energy investments. 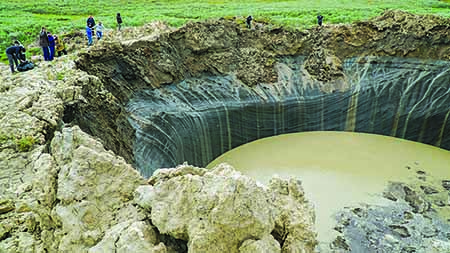 Bizarre craters are emerging in Siberia due to global warming and melting permafrost, emitting methane from decaying biomass that has been stored for thousands of years.
Photo: iStock.com /Aleksandr Lutcenko

The Righteous and the Self-Righteous

The implications of these two contradicting worldviews can lead to hopelessness.  If the Carbon Hawks are right, and the utility industry’s skepticism is also right, then constructive action cannot possibly be taken in time to prevent the worsening effects of climate change.

Since preventative action should have begun 60 years ago, is anything that we do now too late?  Should we use fossil fuels without restriction, since there is nothing practical to be done anyway?  Should countries begin preparing for more inevitable resource wars?  Should the world’s coastal cities and island nations brace for eventual abandonment?

Is our species capable of avoiding extinction?  Seriously, what if you combine excessive population growth with food, water, and energy shortages and the parasitic effects of climate change?  One can easily envision the demise of the world’s economy and environment, as well as a massive loss of life and quality of life.  Add to this an increasing number of resource wars between nations, and between factions in failed nations.

We cannot tell an idealist marching in a climate rally, motivated by horror as they watch the world melt down, that they have no right to be emotional.  The prospect of global extinction tends to do that to people.  However, emotion (by itself) will do little good.

So I decided the theme of this Directory would be how to design an electric grid in Texas using only clean energy technologies that exist today.   Greenhouse gases from U.S. electric generation make up about 1/3 of our country’s total emissions, and in terms of technological development, this sector is the most prone for conversion in the near term.

The good news is that there really are technical and management solutions that exist to profoundly reduce and eventually eliminate the use of fossil and fissile fuel in electric generation.  Some are relatively cost effective now.  Others will probably be cost effective in the next 10 years.

Energy efficiency, active renewable generation, and careful management of utility billing, metering, and transmission all have vast potential to displace large percentages of conventional power…on paper.  The daunting challenge here is that there are large barriers to implementation of many of these solutions.  The problems include financial, organizational, and societal obstacles.

Energy efficiency installed in various end uses (e.g., cooling, water heating) can save from 10 to 90% compared to some equipment installed in buildings today.  But this new equipment will not be economical in many situations.

Even when the installations pay for themselves, other obstacles exist, such as a landlord/tenant conflict that prevents retrofits from being implemented in rental buildings.  And for those who own their building, they may not know efficient equipment exists without marketing outreach.  To add to these barriers, some of these owners simply place priority on other investments.  In a choice between an efficient air conditioner that can mitigate global warming, and a granite countertop, too often the countertop wins.

Governments can theoretically mandate such efficiency, but the public’s tolerance for such laws has limits.  Energy efficiency codes for new buildings are usually tolerated or encouraged by governments, and Austin has one of the better ones in the Southern part of the U.S.  However, how well they are enforced is unknown.  There are only a few cities or states in the U.S. that have mandated energy retrofits for residential buildings.  But these are usually capped at a certain level of expenditures; none include expensive equipment such as air conditioners and heaters.

While intermittent renewable energy sources such as solar cell and wind power technology are relatively cost effective today compared to average fuel costs, dispatchable renewable energy alternatives to compensate for the peaks and valleys of intermittent power are more expensive in Texas than in many other regions of the country.  These new renewable power plants would have to bid in a fiercely competitive, and broken, regional wholesale electric market that does not place adequate value on environmental protection or dispatchable generation.

Management of billing, metering, transmission, and distribution in electric utilities is often referred to as the “Smart Grid.”  Techniques include: prepaid metering, which puts a real-time “dashboard” on electric consumption; “critical peak pricing,” which bases electric rates on when power is used the most and least; voltage regulation over electric distribution lines that more carefully controls the amount of power supplied; and onsite thermal energy storage to balance intermittent power and daytime peak electric demand.

Combining all these strategies for optimal effectiveness will need a concerted policy effort that, collectively, may span 2 or 3 decades. They will require long-term political will, combined with precise implementation, the latter being a rare skill in the land of laws and sausage (two things you never want to see being made). 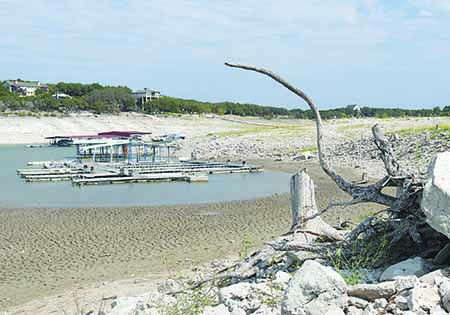 A dry “Lake Travis” during the record drought of 2011.
Photo: © Texas Parks and Wildlife, by Chase Fountain

The first part of this article, “Natural Gas,” reviews the proposal of Austin’s municipal utility, Austin Energy, to build a new gas plant.  This plant has been suggested to replace Austin’s current coal plant, which has large carbon emissions.  A great deal of criticism has been received on this proposal.  I have tried to follow down all the arguments and rumors to determine the real facts.

The second part, “Challenges to Clean Energy,” describes obstacles to running an electric grid totally based on clean energy, including the need for dispatchable power to mitigate the gyrations of intermittent wind and sunlight, the often slow-paced development of new technology, and barriers to clean energy installation in rental buildings and low- and moderate-income households.

The third part, “Clean Energy Alternatives,” specifically discusses energy-efficient technologies that prevent the need for using electricity to begin with, renewable energy options for dispatchable power, and Smart Grid techniques and technologies to manage the electric system that result in even more energy savings.

Finally, there will be a summary of steps needed to plan a transition to clean energy.  It would be pretentious to call it a plan.  No one person could write such a plan – at least without many years of work.  However, the ending could be analogously labeled a “Map,” with a compass rose to guide strategies towards this long-range goal.

Too many idealists have chosen to pursue impractical dreams without tethering them to reality – but being right about the dangers of global warming is not enough.

Strategy, not stridency, must be the approach to solve the global warming crisis.  It is my hope that this series of stories will offer some clarity in this regard, challenge conventional thinking, and suggest a way forward. 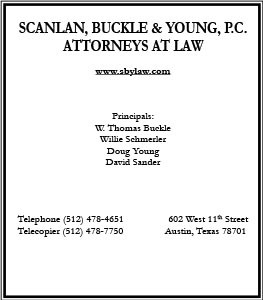 Continue to Natural Gas, Part 1: Getting Too Popular?->