Ask Me No Secrets 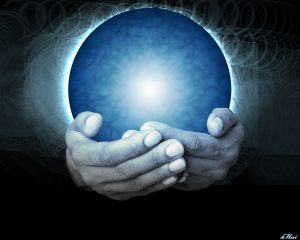 Much of this author’s career has been spent in the study or pursuit of clean energy.  In that field, one can imagine a world that gets a large percentage of its energy from renewable sources.  Water is different.  The closest analogy to “renewable water” would be extracting humidity out of the air, which is impossible to do economically on any large scale.  And while readers may protest that the hydrological cycle itself constantly renews water supply, converting rainfall (when it erratically occurs) into something fungible is an expensive challenge.

It seems fitting to end this article with a set of predictions.  Not all these prophesies are original.  Several have been observed by water wonks and utility professionals long before this article was written.  The predictions are, rather, stated as a group to outline the rugged path ahead of us.

(Blue Water With Green Money in a Red State)

One inevitable prediction is rising water costs, especially for municipal utilities.  New increments of supply will be more expensive than existing supplies.  It is also clear that water and wastewater costs for cities are headed up because of massive replacement of their aging infrastructure.

Despite its reputation for stubborn independence and its Red State “Fed Up” attitude toward the federal government, Texas does not have a good history of being true to these beliefs.  Much of its water supply infrastructure, from reservoirs to agricultural irrigation to earlier generations of water and sewer treatment plants, has been financed or at least subsidized by federal money.  It will be interesting to see if the state and its cities scorn federal money meant to cushion rate increases.  Given the budget-cutting mood in the nation’s capital, it will be interesting to see if federal money is even available.

(You Mean They Can’t All Move Here?!)

It seems to be genetically and culturally programmed into humans to believe that nature and technology will provide limitless resources to an ever-growing population.  Despite numerous examples in both natural and human history of why this is not true, nobody is talking about the ultimate water conservation strategy of having fewer people use it.  This idea is considered anti-business, and even thought to be downright Un-American.  In this land of opportunity, it is considered a birthright to be able to travel and live anywhere.  We can’t just build walls around Texas, can we?!

However, resource shortages have a way of building walls by themselves.  As pointed out in the discussion on Peak Water, costs are rising for new increments of water supply.  Long before Texas secedes again or issues citizen identity cards, the sheer cost of new supplies will self-limit certain types of industries from locating here, preventing their attendant population growth.  Higher costs will also contribute to driving up the cost of living in various Texas cities, again self-limiting a certain amount of growth.

3. Paying for the Worst Case 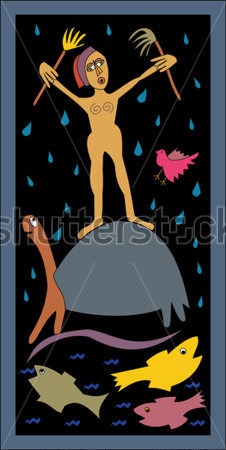 While there is no question that parts of the Texas water supply system have been tested by drought in the last few years, it is also true that these climatic events can and are being used as a club to stir political support for more water supply projects.

In the next few years, one can expect a strong political push from special-interest “rainmakers,” the lobbyists who extract funding for public-works projects.  There is a lot of money to be made building new water supplies, both directly through construction contracts, and indirectly through land speculation and transactions.  In addition, small rural communities can gain new income from recreational activities that spring up around new lakes.  This support sometimes outweighs local opposition.

There is a saying that there is no money to be made by not building a dam.  This is not true.  There are business opportunities providing water conservation services, and there is ratepayer money to be saved with these least-cost options, allowing more discretionary income back into the economy.  However, billions of public-works dollars go to the relatively few companies that concentrate on winning supply projects, inundating the incremental savings from conservation to any one consumer.

4. The Paradox of Efficient Water Pipelines

If Texas water utilities are efficiently managed, considerable expenditures will take place over the next few decades to replace worn-out pipelines established as long ago as the 19th century.  A preferred, leak-resistant  material for replacement of old lines is PVC.  The material is highly toxic to manufacture.  Utilities will inevitably make a trade-off of efficiency they can see for toxicity that is remote to them.

Water utilities are an anchor customer for the vinyl industry.  About 24% of vinyl resin is used specifically for water and wastewater utility pipe applications.1  By one estimate, vinyl makes up as much as 66% of water utility pipe miles purchased each year.2

PVC is not the only plastic alternative.  Pipelines made of High-Density Polyethylene (HDPE) are much safer to manufacture, easy to install, cost-effective, have a life that rivals or exceeds PVC, and are even less prone to leakage.    Though HDPE is used pervasively in the U.S. gas utility industry and water utilities in some European countries, U.S. water utilities have been slow to adopt it.  This is partially due to PVC’s longer product history in this country.

Given that HDPE was available on a large scale in the U.S. in the 1980s and 90s, one would think that this would be enough time to gain experience with the newer material.  But most water utilities do not aspire to be sustainable, product conversion is not widespread, and if patterns persist, the toxic trade-off will continue.

Cities and their industries will be the main driver of Texas’ water use going forward.  As this occurs, urban areas will usually dominate their rural rivals, not unlike colonization of foreign territories.

As an example, some of the proposed surface water reservoirs will be highly controversial, not only because of their expense, but also because of the physical displacement of families that have lived on the conquered land, sometimes for generations.  Five reservoirs proposed for Northeast Texas would collectively inundate hundreds of square miles.  This would happen predominantly in three counties that have a combined population of less than 100,000.3  It would also hurt the economy of the region by reducing harvest from the timber industry.  Most of this water will be provided to the Dallas Metroplex, a region with some of the highest per capita urban water consumption rates in the state.  It has a combined population of almost 6 million people, which is expected to double by 2060.4

This article has estimated that crop curtailments from conversion to dryland farming in Texas could feed at least 14 million people a year.  This seems relatively small when compared with a world of 7 billion people and an international food trade – until you add up all the other regions where crop curtailments are likely to occur.  Aquifers in other major crop-producing states such as California are being mined unsustainably.  Irrigated land in Pakistan is compromised by salt build-up and waterlogging.  Urbanization from New York to China is claiming formerly productive agricultural land.  To my knowledge, no one in the U.S. is adding these land and crop losses up, let alone planning for the gap in the future.

7. Drought As a Lifestyle

The Lower Rio Grande region is already in the precarious situation of requiring severe weather events to replenish their reservoirs.  Because of population increases in other regions, combined with climate severity brought on by global warming, the custom of “praying for hurricanes” to fill up regional lakes and replenish groundwater could migrate to other parts of Texas.  Austin itself was not far from this predicament in the first part of 2013.

I am not suggesting that inhabitants will die of thirst, as there are priorities.  Crop irrigation is more politically expendable than other water uses, and (most) people would rather let their grass die than go without drinking water.  As stated before, though, there will not be an endless supply of cheap water to provide all needs for all people at the level of consumption we have become accustomed to.

8. Rivers that Don’t Return to Their Source

The delicate balance of river and estuary ecology is lost on many of the people living in upstream urban areas.  Five of 7 bays in Texas were adversely impacted by reduced flows as long ago as 2004, when the state’s population was 16% less than it is today.

It is extremely likely that in-stream flows will continue to be stolen by the needs of a growing human population, treating rivers as little more than primitive water mains for conveying water to cities, factories, and power plants.   It is, of course, (theoretically) possible for adequate water to be set aside, but if in-stream flows are institutionalized, this would require even more expensive new supplies, raising the price even higher than Peak Water and pipeline replacement are likely to drive it.

9. A Change in Water Laws

Ever since the early part of the 20th century, Texas groundwater has been governed by the right of capture, where landowners forfeit their right to water if they do not pump and their neighbor does.  Such water law is in contrast to other states in the U.S., as well as water law governing surface water supplies in Texas.  Water shortages may demand a change in the Texas Constitution to eliminate or revise the right of capture.  Exactly who the winners and losers will be is difficult to even guess, but about 84% of the state’s population live in urban regions, and they will not sit idly by.

The most uncontroversial revision would be to leave it up to locally elected groundwater conservation districts to actually control.  Under such a system, rural regions could decide for themselves (rather than renegade landowners) whether they wished to be water colonies, and extract a fairer price if they do.

1 Whitfield & Associates, The Economic Benefits of Polyvinyl Chloride in the United States and Canada, The American Chemical Council, December 2008, p. 7-8.

4 The main counties projected to grow are Dallas, Denton, Collin, and Wise.  Region C includes more than these 4 counties.